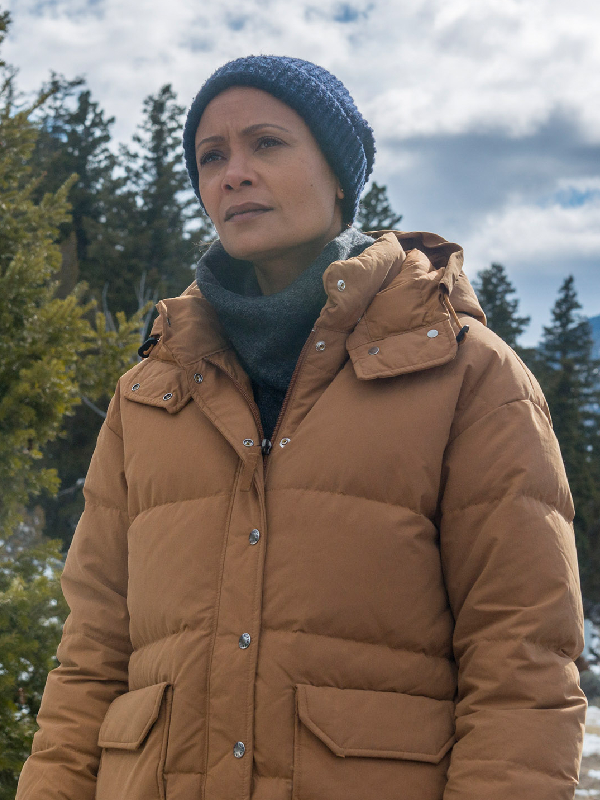 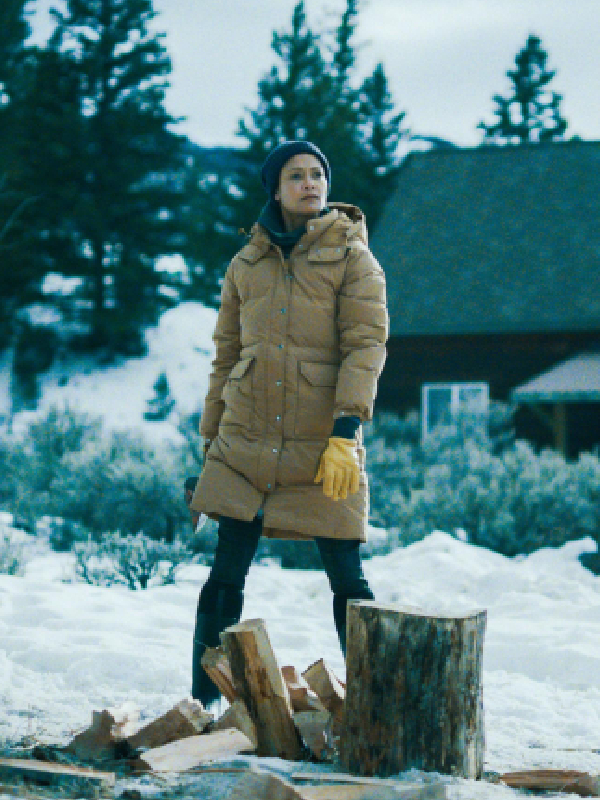 Sandra the God’s Country promotes the slogan “fight for the right.”What takes place when a university professor engages in combat with two ruthless settlers? The conflict between good and evil is the central theme of God’s Country. The conflict escalates day by day, resulting in all devastating outcomes.

In the Show, Thandiwe Newton wore God’s Country Thandiwe Newton Puffer Jacket. Sandra, a university professor, was played by Newton. The audience was captivated by the outstanding acting performance.

Melanie Thandiwe Newton is an actress from Britain. Melanie has already won a number of awards, including a British Academy Film Award and a Primetime Emmy Award. She has received numerous nominations for other major film awards.

The Thandiwe Newton God’s Country Sandra brown puffer jacket is a fantastic piece of outerwear that enhanced the superstar actress’ appearance. You’ll have the impression that you’re always formidable in this attractive puffer coat like Sandra. In addition, you can wear it to both formal and informal events, enhancing your wardrobe.

This God’s Country Thandiwe Newton Puffer Jacket stands out from the crowd because it is made of the parachute fabric. To ensure that you remain relaxed and comfortable, the inner is stitched with a smooth and soft viscose lining. The button and zipper closure is stylish and convenient. The wearer looks voguish because the collar is hooded. It is very admirable and simple to wear the sleeves, which are full length and have rounded cuffs. The coat is more accommodating and sophisticated thanks to its two outside waist Flapped Pockets and one inside pocket. The coat is so graceful because of its elegant beige color.