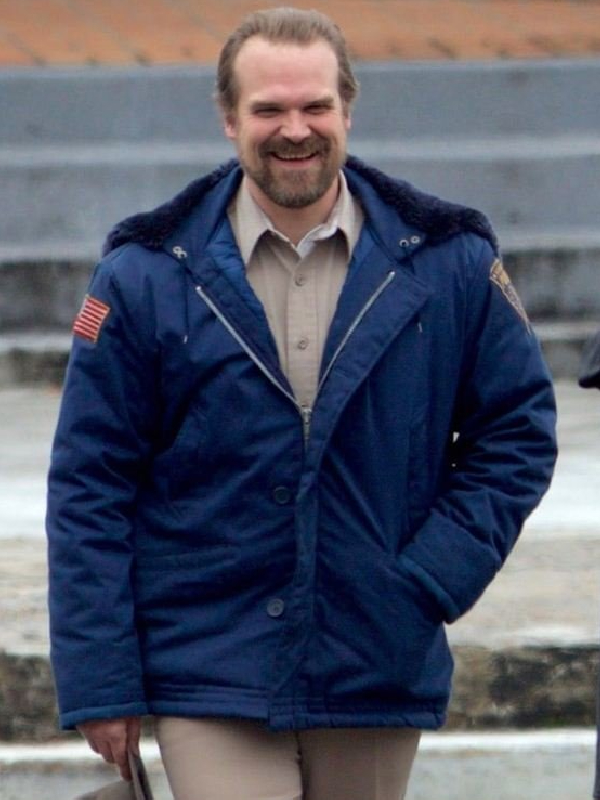 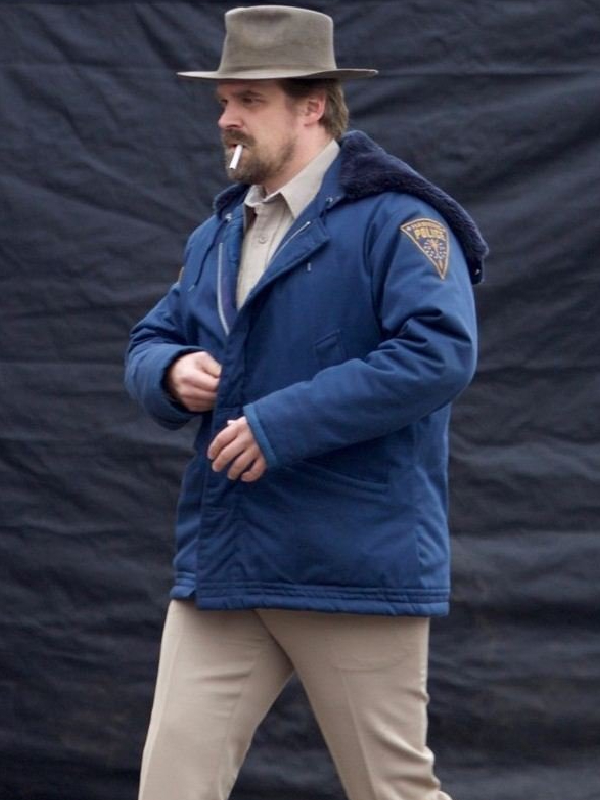 Hello, folks! We constantly want to provide you with something unique and something you really want. The latest piece of clothing in our collection is Jim Hopper Stranger Things Blue Jacket. We already know about the television series “Stranger Things,” which figuratively shattered all watch-time records. Many people have developed ardent devotion to the series and in particular, its characters. Jim Hopper was a different figure who people adored and admired a lot. Season after season, his character’s significance increased and changed, which led to an increase in his fan base.

Fans adored how he was portrayed as a strong father figure who would do anything to defend his daughter. Now that the Jim Hopper Blue Jacket is available on our website, you have the chance to own a piece of clothing that your favorite character from the series wore. His appearance was also praised, which visibly displays bravery. Many people were impressed by his transformation. After the previous season, his appearance was in high demand.

The David Harbour Blue Jacket comes in a variety of sizes, so be sure to choose one that fits. It is much simpler to wear and more fashionable to look at the material. This jacket goes well with either beige or denim jeans and a basic t-shirt beneath. Boots and glasses round off the outfit. You may wear it to the movies or while shopping or hanging out wherever. So don’t hesitate any longer; grab this jacket and experience what it’s like to be your favorite series character.