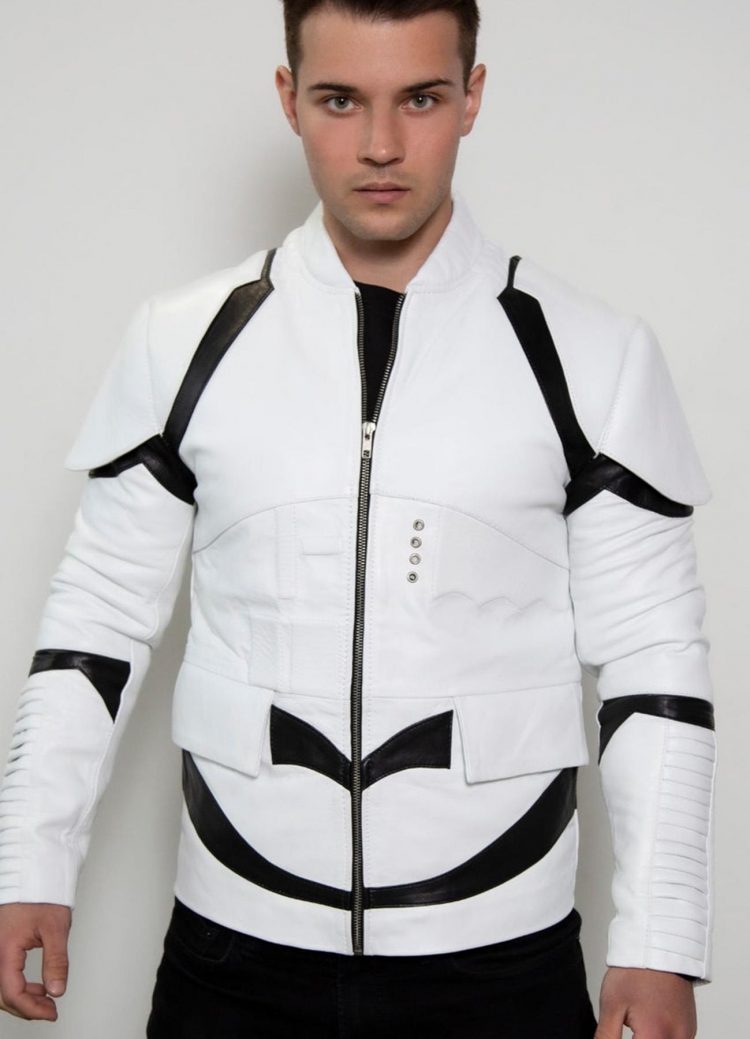 A New Hope (1977) that ignited light for the cowhide business to take new turnovers while conspiring out space propelled sophisticates with broad interstellar interests. For example, universe heart breaker’s retro-refined Han Solo Jacket as well as the recent fans’ personalities, engaged 21st century portraying Poe Dameron jacket being compensated to one of famous ex-Stormtrooper fighter Finn otherwise known as FN-2187. Later on, it turns into the well-known Stormtrooper Finn jacket represent. Important, handpick cowhides have become stupendous body smoke screens throughout the long term or something like that. Welcoming on amazing cowhide sheathings cryptically enthused from the “Systems a long ways off.”

The crashing walk sounds are released when a band of Stormtroopers is seen coming. Intense officers are the miscreants however now and again they truly do look like to be heroes under the fiendish control of Darth Vader and his different subordinates. We as a whole realize that a Star Wars film could be finished by independent brave characters like Han Solo as being found in the latest Star Wars flicks. Yet, without the Stormtroopers it is inconceivable. Difficult to the degree that even the crowd would befuddle with what they’re watching. Additionally, this Star Wars Stormtrooper Jacket from its establishment is attacking outfit parties and cosplaying occasions with this remarkably strong state outfit. Alongside the Storm-twisted unbending strolls and runs, their astounding quiets have strikingly made their outfit to be perhaps the most famous.

Partake in your colder time of year style season with this unadulterated men’s stormtrooper covering white jacket. This in-vogue clothing is roused by star wars warrior stormtrooper. A white strappy jacket possesses a fine thick covering to save you in a cold climate and give you solace.

A significant collectible for the Star Wars being a fan, this liberally custom-made Stormtrooper reinforcement jacket was gathered from premium quality fake and genuine cowhide, contingent upon the nature of the material picked by you. Having a strong, uncompromising outside, the inside is similarly delicate and agreeable thanks to the thick covering, which likewise boosts its long-range wear. Having tasteful highlights like the marked YKK zipper conclusion, customary standup neckline, wrist zippers, a few wide pockets, and snap button sleeves, the Star Wars Stormtrooper shield jacket can be styled by your façade. What makes this boss ensemble jacket stand apart isn’t simply the Star Wars logo on the left sleeve, yet the vigorously cushioned shoulders and sleeves that offer an expansive, manly outline. Accessible in the mark unadulterated white tone, the Star Wars Stormtrooper jacket is an unquestionable necessity for all fans!